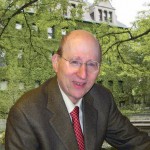 There is no doubt about what I say to patients: ” Analyse every kidney stone. Bring in any stones you have tucked in a dresser drawer and get them analysed. Bring me all the analyses that have been performed on your kidney stones.”

But what do I say to me, and what do I do as time goes on and more stones form or are passed? Do I analyse every kidney stone?

The problem of keeping track

Whenever I get a new patient, the stone analyses are at the top of my mind. How can I do anything rational about prevention if I don’t know what the stone crystals are? If there are no analyses at the first visit, like you I do everything I can to track them down; and, I usually succeed. But as time goes on with a patient, and more stones come along – many of them old ones, I hope – there is a tendency to let them go. After all, there were two calcium oxalate stones documented 2 years ago, I say to myself; do I really need to send more of them off in order to prove the obvious, or to meet some standard of perfection?

The problem is, at least in the patients I have studied, things change, and not always for the better.

You probably already know that calcium phosphate stones, brushite especially, are much more trouble than routine calcium oxalate stones. What I suspected, and have had an occasion to document Nephrology Dialysis Transplantation Volume 24, Issue 1Pp. 130-136. is that conversion from calcium oxalate to calcium phosphate stone formation is not so rare among our patients with sequential stone analyses during treatment. Out of 4767 patients, we found 445 who had two or more stone analyses, lacked any systemic disease as a cause of stones, had well preserved kidney function, and formed calcium stones without any admixed uric acid, struvite, or cystine: were, in short, idiopathic calcium stone formers with at least two stone analyses.

I would have thought, incidentally, this being a stone research center, we would have had many more stone analyses for this most common kind of patient, but we did not. If it were not for our research, and if we were not maintaining such complete research records as we do, I would never have known we did not have more.

The details of what we found

In an altogether unrelated study of VA hospital stone analyses, Mandel et al found that successive recurrences of stone had increasing calcium phosphate percentages. They specifically echo our idea, actually antedate our presentation of that idea in print, that stone analyses should be continuous because conversion is not at all uncommon.

Why is increase of stone calcium phosphate important?

I have already pointed out that calcium phosphate stones are more serious a problem than calcium oxalate stones: they are larger on average, often more numerous, and involve the kidney epithelial cells. Brushite stones are very hard and do not fragment well with shock wave therapy. So conversion is not a good clinical outcome.

An altogether different problem is that treatment may not be the same for idiopathic calcium phosphate and calcium oxalate patients. We treat idiopathic calcium stone formers like you do: fluids, reduced diet oxalate, reduced diet sodium, thiazide diuretic agents to lower urine calcium when it is high, and potassium citrate, and use these modalities in various combinations depending on the situation. All of these treatments are reasonable, and the two drugs each have some RCT support.

There are other kinds of stone conversion

It is not just increasing stone phosphate content that has taken me by surprise. Although I have not written a paper about them, I have patients who started as idiopathic calcium oxalate stone formers and began making mixed calcium oxalate – uric acid stones over time. They needed treatment to raise their urine pH. Some had become diabetic; some became obese; some just got old and lost some kidney function. But how many patients have done this I do not know. Occasionally struvite begins forming in calcium stone formers. Eventually the infection becomes obvious: stones become large and gnarled; the urine is obviously infected. But perhaps a more timely analysis would have hastened diagnosis.

What I have begun to do

My message to myself, which I am sharing with you, is that stone analyses are really important over time, and being not too expensive (I have no financial relationships with this vendor, it just so happened to offer me a convenient web site for a reference) is probably worthwhile for most stones that are removed from patients or passed.

I am changing my ways. I send every stone for analysis. I suppose some money will be wasted, but maybe in the long run a lot more will be saved. Even a single extra stone attack can be very expensive.

Should we do research about this topic?

At first thought research would seem practical, and likely to help me decide if my new way is right – or wrong. But the matter is both mundane and not so easily transformed into an experiment. To do what Mandel did, analyse successive stones and determine phosphate content is to do what has already been done. What we did has also been done except for the specific search for new uric acid or struvite appearing over time.

This leads me, at least, to say no. We have a decent clue as to what happens to patients, and the belaboring of the matter may not be worthwhile. Others may say I am wrong in this, and even wrong to do too many stone analyses.

58 Responses to “ANALYSE EVERY KIDNEY STONE”