A man in his fifties formed his first stone in the early 2000’s and his last 6 months ago. There was a single passage event a year or two after the first stone at which time he was 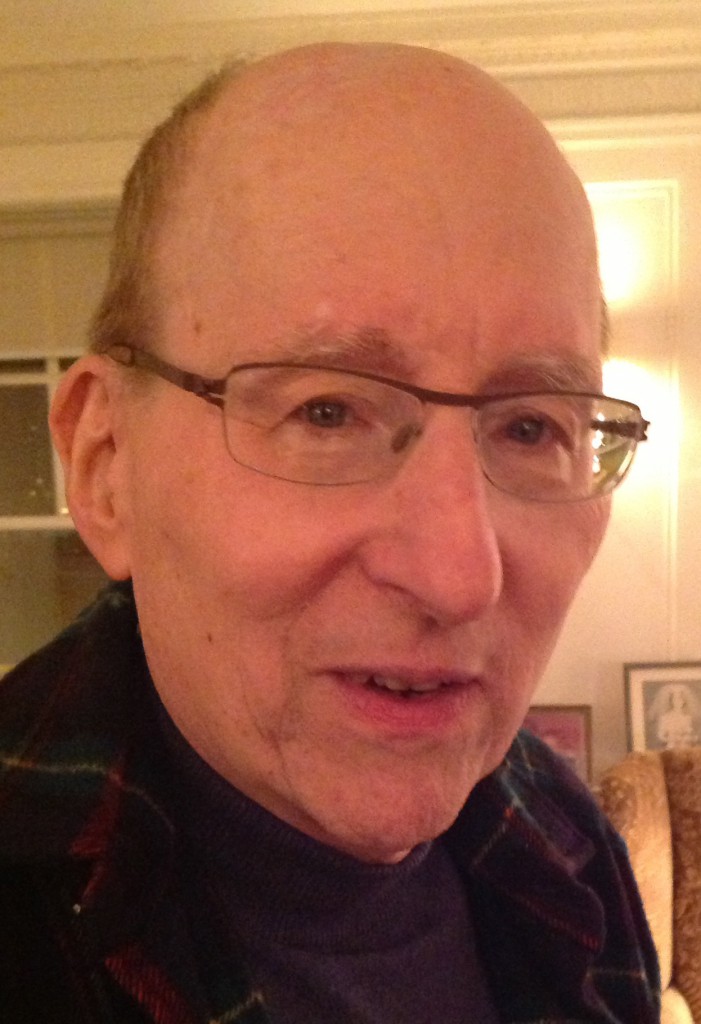 given hydrochlorothiazide 25 mg daily. A right SWL procedure was performed 1.5 years ago because of a stone attack, and  potassium citrate 10 mEq twice daily was added in treatment. A right sided URS procedure was performed 8 months later but was not completed because of bleeding. A right URS 6 months ago is said to have left his right kidney stone free, but some stones were seen on the left. I did not have images to review when I saw him. He believes that all of his passage events were on the right. Stone analysis of material removed at his last procedure showed 60% COM and 40% COD.

Apart from hepatitis A at age 13 and a disc injection he had no significant medical history. But, oddly, at a routine screening colonoscopy there were signs of Crohn disease which is said to have been verified at biopsy. He was and is devoid of any symptoms or other signs of this disease.

His mother has stones but not his father or three brothers. His father has adult onset diabetes. He has an extremely high level position that requires 10 hour working days, many working weekends, and meetings that occupy perhaps half of every working day. He need not become dehydrated during these meetings which he runs. But if he ‘forgets’ he does become dehydrated, and forgetting is not rare. Prior to the stone attack 1.5 years ago he believes he was frequently dehydrated during work. He flys 20 – 30 times a year for his work and is away from home at night but the trips are mostly domestic.

Breakfast is oatmeal with yogurt and pumpkin seeds. About two days a week, lunch is for business and at a restaurant. The other days he ‘grabs a sandwich’ at McDonalds or another local takeout place. Supper, at home with his family, is typical US cuisine with a lot of meat. He avoids spinach and nuts but in the past was a heavy user. He eats a lot of sugary foods if they are handy.

Outside routine blood measurements from 2 months ago showed normal values except glucose was 141 mg/d; but he may have been not fasting. On review of this finding be mentioned that some prior HbA1c levels have been around 6 or so.

His 24 hour urine studies were performed at Litholink and are dated in months before my visit with him – to protect confidentiality. All three were performed while taking hydrochlorothiazide 25 mg daily, the most recent with potassium citrate, 10 mEq twice daily, as well. Because of the high urine oxalate, he was placed on pyridoxine prior to the most recent urine collection.

I follow what I have called the fundamental premise of stone prevention: The urine supersaturations of an active stone former are too high in relation to the crystals in stones forming. Lower them.

Application to This Patient

Is my patient an active stone former?

I do not know. His surgeries were complicated and presumably aimed at a stone passage event and the reducing his renal stone burden. As is not rare, I did not have his CT images at this first visit, but even if I could it would have taken many serial images to decide if he had been active within any one period. I do not care anymore about that period of time, except in an academic way. Since his last surgery there may have been new stones in the right kidney, a question I will have to take up when I next see him. Clearly he had active enough disease in the past to amass a considerable stone burden, but he knows he was more prone to dehydration then than now and he stopped eating high oxalate foods, as well.

He is someone in whom it is important to determine stone activity, yet CT scans involve considerable radiation. I will presumably have to rely on renal ultrasounds from his urological surgeon. My decades of reading tens of thousands of simple flat plate radiographs have made me a powerful sceptic; much of the time I could not tell if stones were present or not.

Do we know the crystals in stones forming?

We know the crystals in stones that formed in the past, and they are calcium oxalate mono and dihydrate with no reported calcium phosphate.

Do we know his urine supersaturations?

We know them in his altered state of awareness – by which I mean his urine volumes are very high and yet he tells me he was not rarely dehydrated during the years before his present stone burden. I can guess, and I can extrapolate, but I cannot know what his supersaturations were when he was an active stone former. His samples were obtained during working days according to my calendar – I know the real dates.

Supersaturations. All three CaOx SS are high enough to support  crystallization, and would be very high if his urine volume were in the more common range of 2 liters/d instead of 3 – 4 liters as they are now. But that is meaningless in that the values are not related to active stones. CaP SS are trivial and would remain low even if urine volume were lower. Uric acid SS are low apart from the first one and not relevant to his stones.

Judging from the creatinine excretion, urines are consistently collected.

Urine Volumes are consistently high, far above the common risk level of below 2.5 liters.

Urine calcium excretion is high enough to pose risk of stones, and is crudely correlated with urine sodium as one expects. As there is no systemic cause, it is surely idiopathic hypercalciuria, and his mother may well have the same.

Urine oxalate is remarkably high, in the range of primary hyperoxaluria or enteric hyperoxaluria. Nothing in his history suggested this finding except the odd note about symptomless Crohn disease found incidentally during a routine screening colonoscopy. His physicians suspected a possible pyridoxine sensitive version of PH1, perhaps, but he showed no response to the drug – dose unknown at the time.

Urine uric acid, sulfate and PCR values are consistent with his high intake of protein and purines from meats.

In many ways this man could seem to be a commonplace kind of idiopathic calcium oxalate stone patient with mild sodium dependent idiopathic hypercalciuria complicated by a demanding career that imposed intermittent but significant dehydration over many years. As such, like his physicians before me, I would have recommended marked diet sodium reduction, reduction of high sugar foods, and hydration with a reasonable likelihood of successful prevention. If that was not enough to prevent new stones I would have used a low dose of a long acting thiazide like drug like chlorthalidone or indapamide.

But given that his stone activity is as yet unknown, only hydration and reduced diet sodium are suitable. Bone mineral loss occurs in idiopathic hypercalciuria and lower diet sodium may well confer protection against this.

I would not use potassium citrate at this point. His urine citrate is very high, far above usual risk levels. His stones contain no uric acid, and his urine pH, though modestly low, is high enough that risk of uric acid stones would not move me to use a second drug. If I needed to supplement with potassium because of losses from thiazide I would use potassium citrate, but generally I try to avoid supplementation by controlling diet sodium and by using amiloride 5 – 10 mg daily. (The review in this reference points out that this class of sodium channel blocker has independent benefits in blood pressure lowering for which they are under-utilized).

All of this is set to the side by the startling and unexpected high urine oxalate. His diet does not seem a likely cause by history and dietary hyperoxaluria is not usually this marked. A reasonable possibility is primary hyperoxaluria, which can present in adults. Another is enteric hyperoxaluria because of his diagnosis of Crohn disease. Essentially pursuit of the correct cause and treatment for the oxalate excess is the clinical business here.

Any number of approaches can be justified, from genomic studies to GI malabsorption studies. My thought, for better or for worse, was to see if calcium supplementation, an excellent way to lower urine oxalate in enteric hyperoxaluria, might reduce the urine oxalate. To prevent increase of risk from calcium I thought to couple it with reduced diet sodium.

For all of these reasons, I recommended using one TUM with lunch and supper taking care the pill is used directly with the meal. I pointed him to the oxalate lists on this site, which are as reliable as any presently available, and asked him to reduce diet oxalate as much as possible. I left the potassium citrate in place for the moment as doing no obvious harm, and with the intent to make as few changes as possible.

If the urine oxalate falls significantly that will point to bowel disease or perhaps an unsuspected diet peculiarity. If not, PH is a good bet and genetic analysis the most obvious and direct approach.

Our own work points to proximal tubule crystallization as an important mechanism for kidney damage in PH1, and that crystallization is fostered by increases in proximal tubule reabsorption. Reduced diet sodium and thiazide diuretics will increase proximal tubule reabsorption. Therefore leaving him on thiazide and asking for less sodium intake – to balance the increase of urine calcium and SS CaOx from adding TUMS – is a calculated, or shall I say an intuitive choice. Followup measurements need to be fairly soon, not later, as we need to know. Even though things have gone well in terms of renal function – his is normal, PH1 is capable of producing rapid and severe kidney damage. Because the crystallizations are in the proximal tubule, fluids and other factors that reduce urine supersaturations are not likely to be protective.

I will update this case report as we get more information.