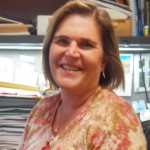 The complex but interesting featured graphic introduces aspects of the innate immune system which is present and active in the kidney and may have a role in stone genesis. Although innate immunity in kidney is a well established area of research, the specific links to plaque and stone formation have not been explored thus far. So, my post is meant to interest people in the possibility and perhaps give rise to some new scientific research.

The innate immune system is an ancient system of defense against environmental threats that is found in all classes of plant and animal life. Innate immunity provides immediate, non-specific defense against infection and products of cell damage or stress. Toll-like receptors (TLRs), sentinels of the innate immune system, are proteins that recognize structurally conserved molecules derived from microbes or injured cells. Eleven human TLRs have been identified and are expressed either on the cell surface (TLR1/2/4/5/6/10/11) or in intracellular endosomes (TLR3/7/8/9).

Several TLRs are normally expressed by renal tubular epithelial cells all along the nephron, and some are known to be up-regulated under conditions of infection or cellular stress, such as TLR4 and TLR11 during urinary tract infection, and TLR2 and TLR4 with ischemia or sepsis.  Renal ischemia/reperfusion injury leads to marked enhancement of both TLR2 and TLR4 levels, mainly in epithelial cells of the distal tubules, collecting ducts, and thin limbs of Henle’s loops.

Binding of TLR4 by any of a number of ligands triggers the expression of pro-inflammatory cytokines and chemokines that mediate innate immunity. Ligands of TLR4 include pathogen associated molecular pattern molecules (PAMPs), such as bacterial LPS, and endogenous cell damage associated molecular pattern molecules (DAMPs), such as various heat shock proteins, hyaluronic acid fragments, S100A9 (calgranulin B) and Tamm Horsfall Protein (uromodulin).

How TLRs may Cause Plaque Crystals to Form

TLRs may cause local phosphate release

Extracellular ATP is another pro-inflammatory local signaling molecule that is released from renal epithelial cells that are stressed or injured. A counter-inflammatory feature of the innate immune response is that, as a consequence of TLR4 ligation, ectonucleotidases CD39 and CD73 are upregulated in order to limit inflammatory signaling by ATP: extracellular ATP is rapidly converted to AMP by ecto-nucleoside-triphosphate-diphosphohydrolase1 (CD39) and AMP is converted to adenosine via phosphohydrolysis by the ecto-5′-nucleotidase (CD73). This leads to release of inorganic phosphate. For every ATP molecule that is converted to adenosine by CD39 and CD73, three inorganic phosphate (Pi) molecules are generated.

In rats, CD73 is expressed in the peritubular capillaries and interstitial fibroblasts in the peritubular space, as well as the inner medullary collecting ducts; CD39 is expressed in the ascending thin limbs of the loops of Henle and in ducts of Bellini. These are strikingly similar locations to where hydroxyapatite crystal deposits, the start of Randall’s plaque, have been found in the renal papillae of idiopathic CaOx stone formers. Since three inorganic phosphate (Pi) molecules are generated for every ATP molecule that is converted to adenosine by CD39 and CD73, upregulation of these enzymes and plentiful ATP substrate from stressed cells may lead to excess Pi in the interstitium relative to pyrophosphate (PPi), a potent inhibitor of hydroxyapatite deposition normally found in the kidney. A reduced interstitial PPi/Pi ratio, along with excess calcium in the renal interstitium from vas washdown may promote hydroxyapatite formation and deposition of Randall’s plaque.

According to the plaque model, CaOx stone growth would follow deposition of Randall’s plaque and exposure of plaque to the urine. Plaque is separated from the urinary space by a thin covering of renal papillary epithelial cells. Activation of innate immunity by TLR ligation induces the expression of three cytokine classes: IL-1β, interferons (IFN-α and IFN-β) and NF-kB-dependent cytokines and chemokines, such as IL-6 and TNFα. Epithelial cell barrier function is maintained by intercellular tight junctions (TJ) that seal the space between adjacent cells; cytokines such as TNFα and interferons perturb TJ formation by inducing actin remodeling and changes in TJ structure, allowing increased paracellular permeability. TNFα may promote leakage of the papillary surface epithelium allowing urinary components to enter the interstitium, leading to overgrowth of CaOx on plaque.

We have evidence that some proteins whose expression is known to be induced by innate immune activation are altered in the kidneys or urine of stone formers. Differences in form and abundance of S100A9 and inter-α-trypsin inhibitor (ITI) in urine are associated with calcium stone formation. In addition, osteopontin and heavy chain 3 of ITI (ITIH3) co-localize in the matrix of Randall’s plaque and cells of the thin loops of Henle. All of these proteins are found in the matrix of calcium stones, with S100A9 typically being a major component. Likewise all of these are part of the suite of molecules long studied as modulators of crystallization in urine.

S100A9 is of particular interest as an injury response protein that is highly expressed in numerous inflammatory conditions, including giant cell arteritis, cystic fibrosis, rheumatoid arthritis, dermatoses, some malignancies, and autoimmune diseases such as chronic inflammatory lung and bowel diseases. S100A9 is also an avid calcium binding protein that is strongly upregulated in calcifying areas and surrounding extracellular matrix of atherosclerotic plaque. It is expressed in human bone and cartilage cells where it may play a role in matrix calcification. S100A9 is elevated in synovial fluid from patients with arthritis and may modulate cartilage calcification. S100A9 is also a major component, along with hydroxyapatite, of prostatic calculi (corpora amylacea) which are linked to aging and prostate inflammation. In addition, S100A9 is increased in the brains of patients with Alzheimer’s disease and is associated with amyloid plaque formation.

S100A9 is a ligand of TLR4 (DAMP) and as such may induce a “damage chain reaction” in which proinflammatory mediators are upregulated, triggering further tissue damage and resulting in a state of chronic innate immune activation. Progressive cell damage produces more endogenous TLR agonists (DAMPs) which may serve to perpetuate the innate immune response, and consequently plaque and stone formation, via an autoamplification loop of injury and inflammation. For example, tubular injury allows uromodulin leakage into the interstitial compartment where it becomes a DAMP that activates interstitial dendritic cells via TLR4. In the presence of cellular damage that exposes the renal interstitium, uromodulin also becomes an endogenous danger signal that activates the intracellular NLRP3 inflammasome complex, as do CaOx crystals themselves.

Cellular release of IL-1β and IL-18 due to NLRP3 activation initiates downstream pro-fibrotic and inflammatory effects, as well as apoptosis or lytic cell death. Uric acid crystals are similarly activators of the NLRP3 inflammasome. DAMPs additionally trigger re-epithelialization upon kidney injury and contribute to epithelial-mesenchymal transition and possibly to myofibroblast differentiation and proliferation. Thus, DAMPs drive not only immune-mediated injury but also kidney cell regeneration and renal scarring, potentially leading to theinterstitial inflammation and fibrosis seen in the kidneys of some stone formers with advanced disease.

3 Responses to “ROLE OF INNATE IMMUNITY IN PLAQUE FORMATION”