THE COKE TREATMENT IS USELESS 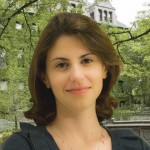 The featured image points to a widespread idea now on the web concerning how cola drinks might promote kidney stone passage. It has been called the ‘Coke Treatment for Kidney Stones.‘ Fluids are valuable for all stone formers, but the suggested usage may not be ideal and this post points out some of the drawbacks.

A few months ago, a delightful 71-year-old woman presented to our clinic for a metabolic evaluation to try to stop her chronic kidney stones. She passed her first kidney stone about 5 years ago. A year later she developed another kidney stone, which required shockwave lithotripsy therapy. Ultimately her stone was analyzed and she was told it was a “calcium stone.” Over the following few years, she continued to pass one stone per year. More recently, the frequency had increased to a few times per year. Frustrated with the frequent stone recurrences, she sought information online regarding potential remedies for recurrent stone disease. On several websites she came across a remedy known as the “Coke treatment,” which was purported to dissolve kidney stones and prevent stone recurrence. She sent in her payment of $39.97 and received a booklet instructing her to do the following:

She dutifully followed the instructions provided and found that on the day of her acute pain, her symptoms did, indeed, abate. Unfortunately, over the next year she found the frequency of her stone attacks actually increased – most recently to as often as passing gravel 2 to 3 times weekly (with significant discomfort). To combat this she has been using the “Coke treatment” about 2-3 times weekly over the last year, creating an apparent vicious cycle (more on that later). Finally, her daughter insisted that she see a physician and so she presented to our office, wondering why her treatment hasn’t been effective.

THE COKE TREATMENT IS COMMON ON THE NET

Using the term ‘Coke treatment of kidney stones’ yielded about 108,000 results, and by page 10 the treatment was still prominent. So cola drinks as a treatment is current.

A claim in Internet lore is that phosphoric acid, an additive used in dark colas, when consumed in large quantities can facilitate a reaction within the kidney that will dissolve the calcium oxalate or calcium phosphate admixture that is the kidney stone.  One finds variants of this claim in the discussions by patients.

As I pictured this poor older woman chugging a 6-pack of Coke 2-3 times per week with an asparagus chaser, I was curious to determine whether any potential scientific merit to the internet solution exists.

In short, the answer is No.

Allow me take you through some of the details.

THE EVIDENCE FOR COKE

I will start with the 72-ounces of Coca Cola that are to be ingested rapidly. Of course, if one is having acute renal colic with a small stone stuck in a tiny structure like the ureter or urethra, drinking over two liter of fluids of any sort is likely to be beneficial in attempting to propel the stone forward and out of the body. But why Coca Cola? Or any cola for that matter? Is there some reason to believe cola drinks have special properties as a stone treatment?

Cola Drinks Are Not a Proven Remedy

Phosphoric Acid as a Stone Dissolver

Phosphoric acid, mixed with nitric acid, is used as a cleaner in the beer industry to remove beerstone (calcium oxalate) from beer kegs. It is also used in home cleaning solutions, as an industrial etchant, and as a rust remover. This leads to the false impression that drinking acid phosphates in beverages will create conditions in the kidneys like those in the beer kegs.

In beer kegs, and when you clean your floor with cleaners, high concentrations of a strong acid are applied directly to the unwanted material.

You Can’t Get Phosphoric Acid into the Urine

But when the small quantities of phosphoric acid found in dark colas are ingested, the first thing that will happen is that calcium and magnesium binding will occur in the gastrointestinal tract. By the time the remaining phosphoric acid is absorbed, additional buffering will occur in the blood and bone, so essentially neutral – not acid – phosphate will be delivered to site of the stone. In studies of a neutral phosphate’s effect on crystal inhibition and dissolution, no evidence of crystal dissolution has been noted.

Effects of Cola in People

How about real people, instead of crystals?

A larger study performed a few years later confirmed these findings, as well as an associated increase in supersaturation for calcium oxalate in a group of 45 subjects.

In nearly 200,000 individuals who have been followed over time, Ferraro and colleagues analysed the association between consumption of sugar-sweetened colas and kidney stone formation. Subjects consuming the most sugar sweetened colas were 23% more likely to develop a kidney stone than those in the lowest consumption group. In general cola type drinks are exactly the wrong ones for stone prevention.

The suggested amount of regular Coke in the ‘Coke treatment’ has 840 calories, 270 mg of sodium, and 39 grams of sugar. Taking in that many calories from sugar will almost certainly reduce the amount of other nutrients that one is able to eat or drink in a day, while sugar and sodium are both directly linked to higher urine calcium excretion, a key contributor to nephrolithiasis.

Whether because of substitution for milk-based drinks, or due to the high acidity associated with soft drinks, consumption of increasing quantities of carbonated beverages has been linked to osteoporosis.

In addition to the well known association with diabetes and obesity, a recent report has linked higher consumption of dark colas (2 cans or more per day) with risk of chronic kidney disease.

Asparagus has been cultivated in the Mediterranean region and in Asia for over 2000 years. Egyptians, Greeks, and Romans believed asparagus to have medicinal properties ranging from treating mood disorders to rheumatism, and a 15th century Arabic sex manual entitled “The Perfumed Garden” claimed asparagus has aphrodisiac properties. It is believed by many to have diuretic properties.

The usual variety of asparagus that we would buy at the store, Asparagus officinales, is a different species than the medicinal Asparagus racemosa, which is commonly grown in Asia. Furthermore, the medicinal use of asparagus typically involves the root, not the shoot that we typically eat. In Germany, for example, asparagus root is approved by an herbal oversight board as a diuretic whereas the shoot is not recommended.

How good is the evidence? Despite what the herbal board says, a recent review found no evidence for human use of the asparagus root as a diuretic. And what if it were a potent diuretic, for argument’s sake? It would have to have specific effects in the distal convoluted segment (a particular region of the kidney tubule), like the thiazide diuretics, to have any beneficial effects on stone prevention –and certainly unlikely to be effective in the acute setting.

So What’s the Harm in a Lot of Asparagus?

Generally, not much. In normal quantities it is  a healthy vegetable loaded with nutrients such as folate, potassium, and vitamin C. For a stone former, however, there may be hidden dangers with a high asparagus intake. Asparagus has a moderate amount of oxalate, and this amount adds up quickly with repeated administrations of such treatments as the ‘Coke treatment.’ Furthermore, vitamin C is also metabolized to oxalate in the body, adding more of the lithogenic substance to the urine. So, as with most things (except water), it seems that moderation is key.

Looking back,our patient appears to have increased her stone attack frequency with the help of the “Coke treatment” from yearly to several times per week. It seems that the remedy was indeed worse than the disease.

During our visit, in preparation for which she performed several 24-hour urine collections, we determined an individualized plan for her kidney stone treatment based on her urine parameters and a thorough history. With a steady increase in her daily fluid intake and the addition of thiazide therapy, at last check she has had no further stone episodes.

OUR FINAL WORD ON THE ‘COKE TREATMENT’

On a hot Summer day, a can of Coke can be delightful. As a medical treatment for kidney stones, no cola is as good as plain water. In the very high doses of the ‘Coke treatment’ there is no benefit predicted from what science we have, and no data to show benefit from a clinical trial. In fact, it would be difficult to organize and perform a clinical trial of the ‘Coke treatment’ because of its evident potential for harm. The trial would be unlikely to pass the human subject protection board review.

169 Responses to “THE COKE TREATMENT IS USELESS”

Leave a Reply to jharris