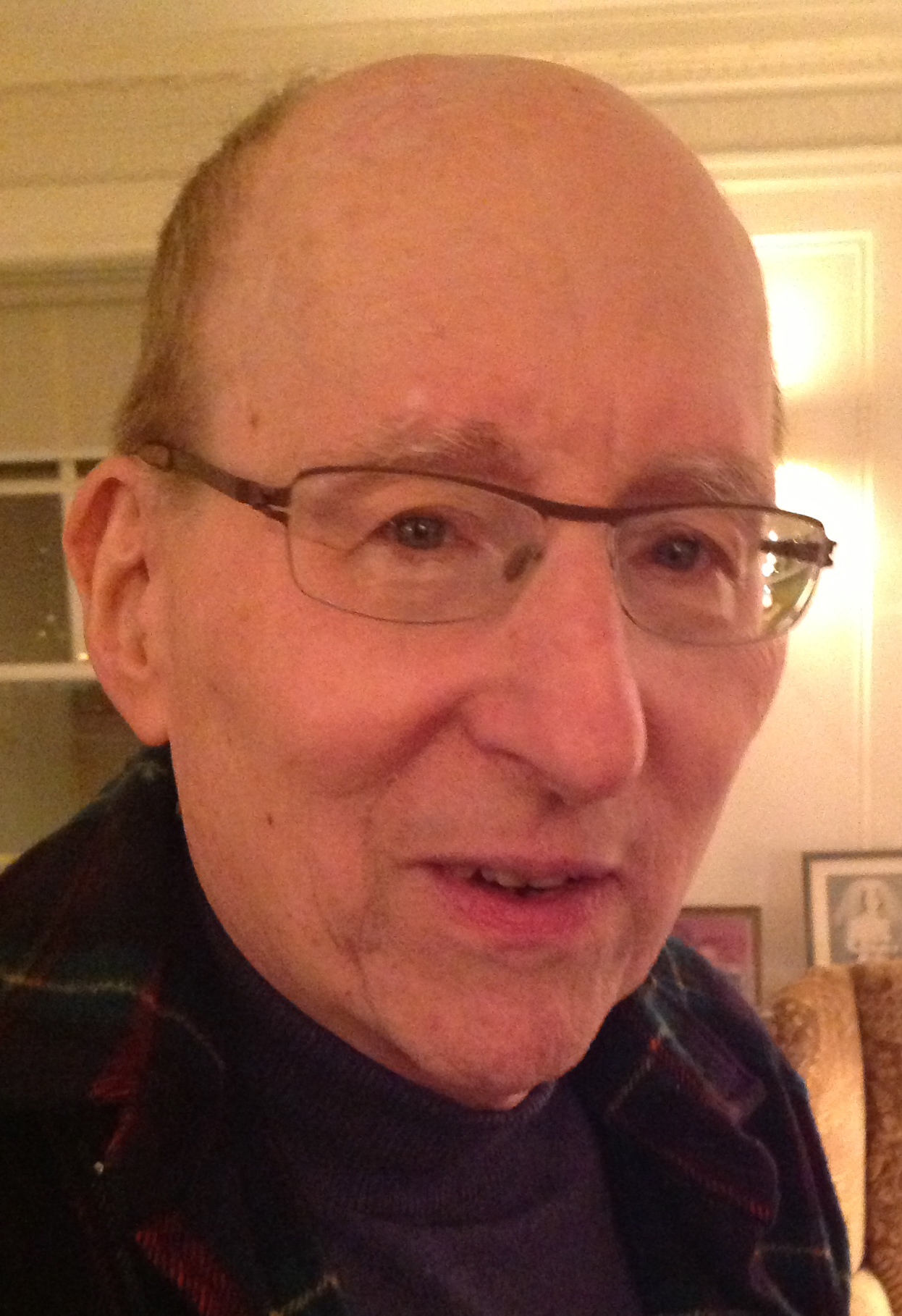 I have alluded to objectives in my discussion of applied, basic, and empirical science, which was a good place for their first mention but too narrow for a proper exposition. They are in the first case an expression of need, in the second case of desire, and in the third arise from perhaps an altogether different source.

Here I am concerned with objectives of applied medical science.

What can be the perceived needs of medicine but treatments, prevention, tests – to aid diagnosis or prognosis, methods, techniques and devices?

EXAMPLES OF EACH CLASS

Consider a patient with calcium oxalate stones not due to systemic disease, ‘idiopathic’ stones.

This refers to stones present; they are there and surgeons need to remove them, or facilitate their passage.

This refers to the stones not present but that will presumably form: means for prevention of recurrence. One might say my entire life in science has centered here, and my life as a physician, too. Such means are fluids, diet, and drugs.

Tests are blood and urine measurements that physicians can use to determine if the stones are ‘idiopathic’, serum calcium and PTH and urine calcium as an example, to exclude primary hyperparathyroidism; serum bicarbonate and potassium and urine pH to exclude renal tubular acidosis. The 24 hour urine testing that physicians use to guides use of fluids, diet and drugs.

Tests are also radiographic and ultrasound modalities to visualize stones, count them, and determine where they are and what they are doing – obstructing, moving.

Both forms of testing are mediated by instruments – machines, used according to established methods applied with learned techniques.

Techniques actuate method into practice. Surgeons can perform operations via their knowledge of the methods and mastery of the techniques of surgery. Likewise, if reducing supersaturation is a method for reducing risk of new stones, physicians accomplish this with their patients via the techniques of medical practice.

Here we are closest to consumer merchandise, on familiar ground. Surgery depends on devices – if we include instruments under that category. Medicine less so. But, for stone prevention, clinical decision support was deemed necessary for effective use of 24 hour urine testing as produced by Litholink, and the resulting system of computer algorithms is close to a device.

Treatment and prevention are what patients receive as their benefit from medicine.

Tests, methods, techniques, and devices are the means by which physicians provide these benefits through the enactment of the processes of medicine and surgery.

Stone disease is a nearly perfect example for analysis because the stones are what treatment aims at and they are perfectly specific and physical, and what we mean by treatment is specified exactly – dealing with an unwanted guest.

The need is to get rid of the stones: facilitate passage or perform a removal procedure.

By reverse engineering we can construct the objectives, even though we have no access to the minds in which they were formulated.

The overall objective is to get stones out.

This splits into facilitating passage and surgical removal. These differ in kind because the first involves no alteration or entrance into the urinary system whereas the latter does. Both relate to one overall objective.

These cannot themselves actuate research because they are in terms of actions desired, not means.

Drugs that speed passage, stents, and shock wave fragmentation devices are specific research objectives which can satisfy the broad objective of facilitating passage. Each is a noun, naming a class or group of desired means for doing something that can be discovered in nature, perhaps, as drugs not rarely are, or fashioned as a made thing for an intended use.

Surgical procedures (methods) for performing percutaneous nephrolithotomy and flexible ureteroscopy, techniques with which to use the methods properly, and devices are specific research objectives which can satisfy the broad objective of removal of stones.

No rational or deductive method could derive the specific objectives from the overall objectives.

Just the desire to facilitate passage or remove stones could not lead in a direct way to drugs or shock wave lithotripsy or modern endoscopic surgery.

They could only occur as imaginative ideas in the minds of people familiar with the pharmacology and physiology of the urinary tract, in the case of drugs, with the potential for ultrasound devices to transmit energy to stones inside people, with the technology of lasers, or the art and reality of urological surgery.

Likewise, given the imaginative impulse to use shock waves, as an example, there must inevitably be some need for imagination – guessing if you like – in the transformation of the idea into the rudiments of a workable device.

Here, I cannot specify more than that the imagination could take the form simply of tinkering, or be more formal. This does matter. What matters is that no deductions could lead from even the full idea of shock waves to the initial device that uses such waves in people.

In fact, deduction is rather a flat and minor part of applied research, in that having achieved the physical realization of an imagined device, in this case, one simply goes about testing it in various ways to see if it works.

The need is to prevent as best as possible the formation of new stones. Our patient has formed calcium oxalate stones. Prevention must aim to prevent more such stones in ways that do not promote formation of other types of stones.

The overall objective is ways to reduce formation of calcium oxalate stones.

This divides into changes in diet and use of medications.

Aspects of diet that affect calcium oxalate stone formation and can be changed are nouns which can therefore be sought through research. But, what kind of research is it that can seek such aspects of diet?

Once we identify changes which might work, applied research is the manner of their testing. Possibly, one might use imagination and guess: fluids, for example, comes to mind. Given stones are made of calcium crystals, and calcium is in foods, lowering diet calcium also comes to mind. Because oxalate is in the crystals, lowering diet oxalate is yet another candidate for testing.

In fact, fluids to dilute the urine have been tested, and may be effective and safe. One study shows this well. Low calcium diet was a poor intuition, put into use for decades because of obvious value yet in fact neither effective nor safe. I will write about this later on and reference it here, but simply say for brevity and to progress the argument this practice was in ignorance of the biology that controls calcium balance, and leads to bone disease with risk of fracture. Lowering diet oxalate proved so variable that no trial has ever been mounted. Lowering diet sodium and protein intake lower urine calcium and have proven effective in one study.

From Where Do Candidates Arise?

In the case of fluids, the impetus arose from intuition but also the powerful machinery of thermodynamics which prove that one parameter, supersaturation, gives the driving force for crystal formation, and that supersaturation is roughly inverse to urine volume.

In the case of calcium, the biology has been worked out slowly as the basic science of mineral metabolism has been found disturbed in the kinds of stone formers under consideration here. As part of that biology, basic science has discovered links between calcium balance and diet sodium, and likewise diet protein, which led to their use in treatment.

In the case of oxalate, basic science has encountered a complex metabolism and multi-organ system of transporters which make urine changes difficult to achieve and have led to other alternatives than diet such as changes in the gut microbiome, and use of novel enzyme supplements that metabolism this molecule when given orally.

Unlike the case for treatment, most if not all of the means for prevention arose from basic science and therefore from the imaginative processes of that kind of science. That imaginative process concerns intuitions – guesses, if you like – about how nature does things.

Such imaginings require the full process of basic science, as I have outlined it, before becoming transient visions of reality that offer themselves to be pressed into use as practical means of stone prevention.

The contrast with treatment measures is not surprising nor accidental. All but one of the treatment measures concerns how we can do things with the materials of the real world within the purview of our senses; they are means external to human biology which are brought into the body against the stone.

That one treatment modality, medications which facilitate stone passage, are identical to the measures for prevention, and will have arisen from basic science, albeit science engendered perhaps for drug development. The final cause of basic science may indeed be pragmatic, even though the process of basic science is what it always is, an attempt to envision how what is present in nature has come to be the way it is.

Even my spell check program rejects the first word as being unknown to older dictionaries, or perhaps it can read my mind which rejects the term not because of its intent but because of what is has become. Basic science has always offered its visions to the fertile imaginations of those who would enrich our lives with their practical and often indispensable inventions. From where else could such minds find their starting materials?

Where I leave off my admiring is when basic scientists are exhorted overly to consider those aspects of nature which most promise benefits of insight for applied research. In my examples, mineral metabolism that led us to understand the role of sodium and protein and the complexities of mineral balance, solution chemistry that has refined the notion and measurement of supersaturation, transport studies that have taught us how thiazide drugs affect renal calcium handling and bone balance, and solution ligand studies that have in fact cast doubt on the use of allopurinol despite its apparent benefits in stone prevention: In all these examples the practical offshoots of basic science could not have been deduced until the work was done, nor – in my mind – even properly imagined.

For these reasons, in my small world at least, basic science becomes translated after it is done, and efforts to predetermine basic science according to some scale of potential practical worth is fraught and worrisome.

This is not to be fey or lacking common sense. Nature is odd, the imagination wary and tenuous, insights all mirages in the wilderness. To demand we dream practical dreams is to tether butterflies to a jet plane, thinking that both can fly in the same summer air.