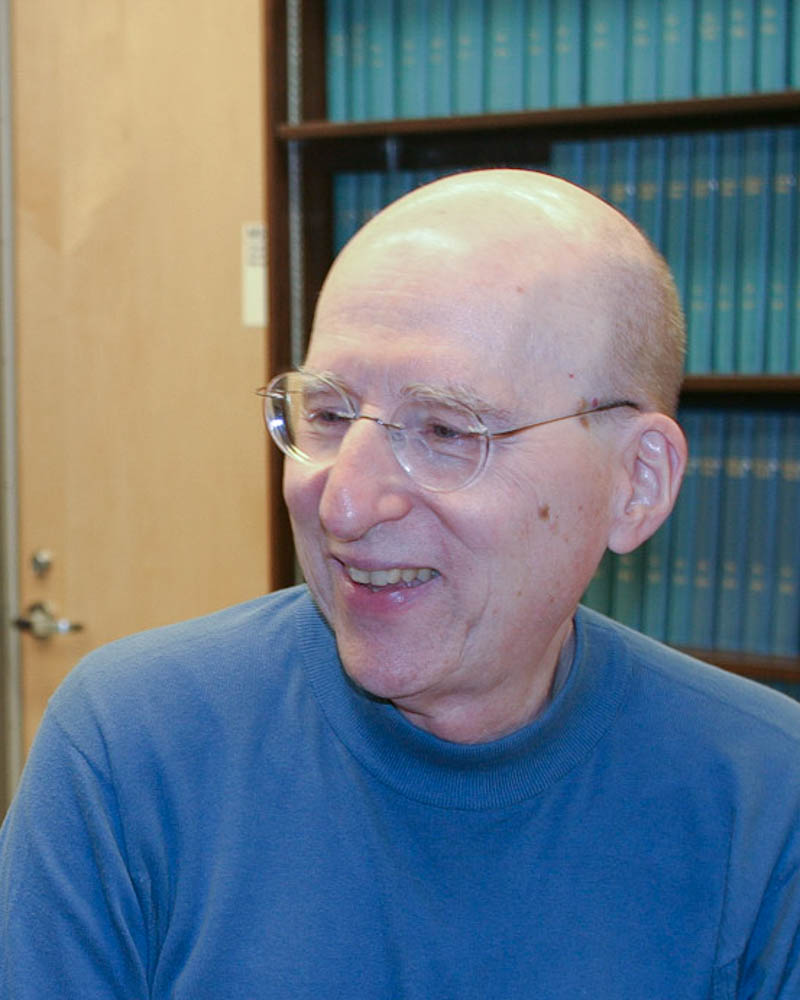 Would anyone bet against water to prevent stones?

Here is the first of new articles that highlight stone treatments in a simple format. These new articles were provoked by what patients asked for, and by Freakonomics.

Because patients asked for clear answers about treatments, I lifted ‘water’ out of my long article on treatment of calcium stone formers, and simplified the style so the main points stand out. I also suggest betting, something we all understand.

Freakonomics offers a three part podcast about the woeful state of medicine. Doctors, they say, rely on received wisdom, poor clinical trial design, and bad data. At the end I ask you to vote if we kidney stone physicians suffer from these three defects, and by how much. Voting sharpens the mind, or should.

The beautiful ‘Hunters in the Snow’ by Pieter Bruegel the Elder, illustrates water in Chicago these days. Painted oil on panel in 1565, 17 x 162 cm, it hangs in the Kunsthistorisches Museum, Vienna. This image is in the public domain.

Water and the Causes of Stones – Some facts

The brain gauges water needs by measuring blood sodium concentration and balances desire and urine loss accordingly. Water in ‘excess of needs’ means more than you would drink if left alone, or in other words more than the brain would dictate. Such excess ensures urine dilution as kidneys promptly remove it.

People who make stones supersaturate their urine excessively even if the actual measured values are no higher or even lower than those commonly found among normal people. The proof is that they make stones. The message is that whatever their supersaturation we need to lower it.

As a corollary, supersaturation itself need not cause stones. Some factors must protect healthy people from their own urine supersaturation. Only research can disclose these protective factors and what defects they may have that foster stones.

Gallons would do, but few will drink that much. We need the sweet spot – enough but not so much no one will drink it.

If we observe people over time and compare urine volume to the risk of becoming a stone former, that risk becomes very low at around 2.25 to 2.5 liters a day.

In this one panel from a larger set of risk factors in the original article, red bars depict two female cohorts, blue bars men. The vertical axis plots relative risk of becoming a stone former against 7 ranges of 24 hour urine volume. 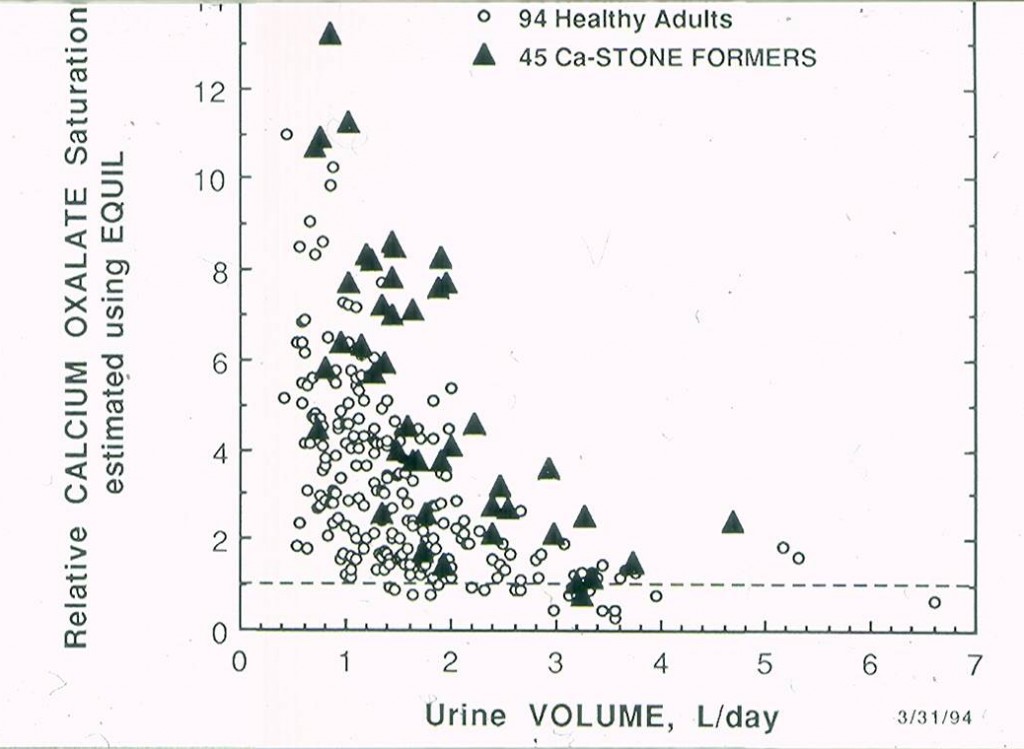 Risk falls rapidly as volume rises, but the bars above the line at 1 – meaning relative risk is really not low enough – remain until about 2.25 liters.

As a complement to this graph, data from Jack Lemann show that urine supersaturation falls steeply with urine volume between 1 and 2 liters. By about 2 to 2.5 liters a day the curve flattens out, so you get less and less benefit from more volume. Because they have more calcium and oxalate in their urine – more stuff to dissolve, stone formers supersaturate urine more – to the right – than do normals at all urine volumes

Given the results above, just under 3 liters of water should reduce stones, but does it? Has anyone tried it?

By five years, 12 hydrated and 27 low flow patients had formed a new stone. Time to first new stone was 38 vs. 25 months, so water delayed the few failures in Group 1.

What about supersaturation? Did water lower it?

Suppose the National Institutes of Health (NIH) funded trialists to perform another trial.

How Could They Redo the Trial?

Given what we already know, they cannot redo this exact trial. One liter of urine flow a day for five years would condemn first time stone formers to over twice as many new stones as they would have with 2.6 liters of urine a day.

But they could ask if we really need all 2.6 liters of urine flow.

For example they could compare 2.6 liters/day – the volume that worked in this trial – to perhaps 2.25 liters/day. That lower figure comes from the graphs I showed you. At 2.25 liters prospective risk of becoming a stone former is low. In experiments, that urine volume reduces urine supersaturation to its plateau.

Why Should They Redo the Trial?

Less than 2.6 liters of urine, 2.25 or even 2 liters, might do and be less onerous. If a lower volume gave the same results as the higher volume, we could tell our patients they need not drink so much to prevent stones.

How Much Is a New Water Trial Worth?

As you think about this question, remember research money is tax dollars, the amount for kidney stone research is very limited, and what would used for another water trial cannot be used for something else.

Given this, should another trial consume research funds? Would a ‘yes’ answer delight you, make you feel your money had been well spent?

Is Water All We Need?

Maybe water is enough for a first time stone former. But even with drugs prevention is less effective as pretreatment stones mount up. 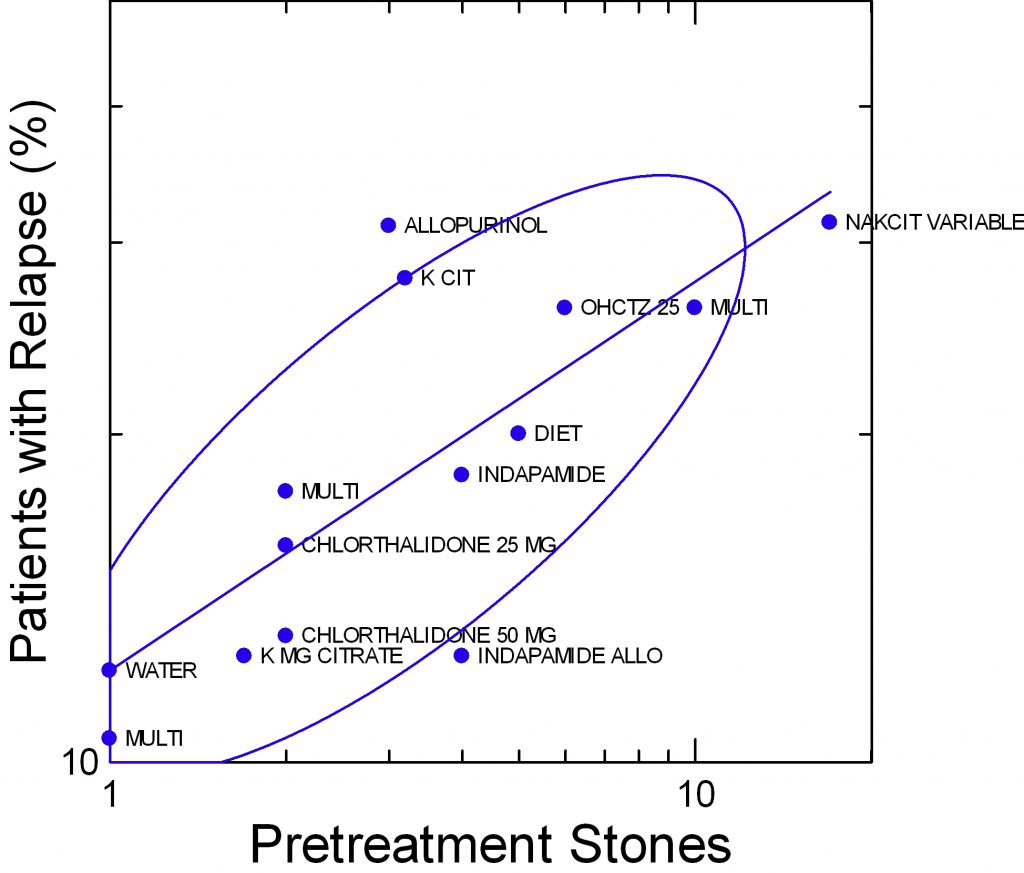 Here are all the trials we have that used medications and hydration. It plots the percent new stones – relapse percent on a log scale from 10% to 50% – against the numbers of stones formed before treatment – log scale from 1 to 20 pretreatment stones. Plotted that way, relapse rate rises with the number of stones.

Given this pattern, maybe you would want to avoid the second stone as best you can by doing more than water at the beginning.

At the beginning, I not only increase fluids but also advise all the other diet changes that have a good hope of reducing stones because they are safe and because they point patients to eat what experts have fashioned as the ideal US diet. In my clinic – not a trial – patients with one stone given multiple treatments are labelled ‘multi’ on the graph. They have the same outcome – 11% – as those from the trial treated with high fluids – labeled ‘water’. But many were in treatment much longer than 5 years, so they had more time to make new stones.

Do We Depend on Received Wisdom about Water?

Only that I do more than increase fluids for first time stone formers.

Do We Depend on Poor Clinical Trials about Water?

A trialist always wants another trial, and no doubt statisticians will say, ‘Do more’.

But another trial must be about how much, not whether. This is because the first one was strong and there is good a priori science lurking just behind the curtains – water lowers supersaturations, supersaturation drives crystal formation, stones require crystals.

Do We Depend on Bad Data About Water?

Bad means data are untrue – either not proper measurements, or proper measurements misused to bolster statements to which they do not apply. Between the links and figures I am pretty sure that neither is the case for water as a stone prevention.

A new trial compares 2.25 liters to 2.6 liters of urine flow/day to prevent more stones in first time stone formers. Will the lower volume be no less effective than the higher volume. Bets are $1,000. How do you bet?

How many NIH kidney stone research dollars would you pay to know if 2.25 liters is as effective as 2.6 liters of urine flow/day to prevent more stones in first time stone formers? Name your price.

Is water for kidney stone prevention based on good data and good trials? Yes, or No.

Are you completely clear about what we know about water as a kidney stone treatment? Yes, or No

58 Responses to “DOES WATER PREVENT STONES – WHAT’S YOUR BET?”