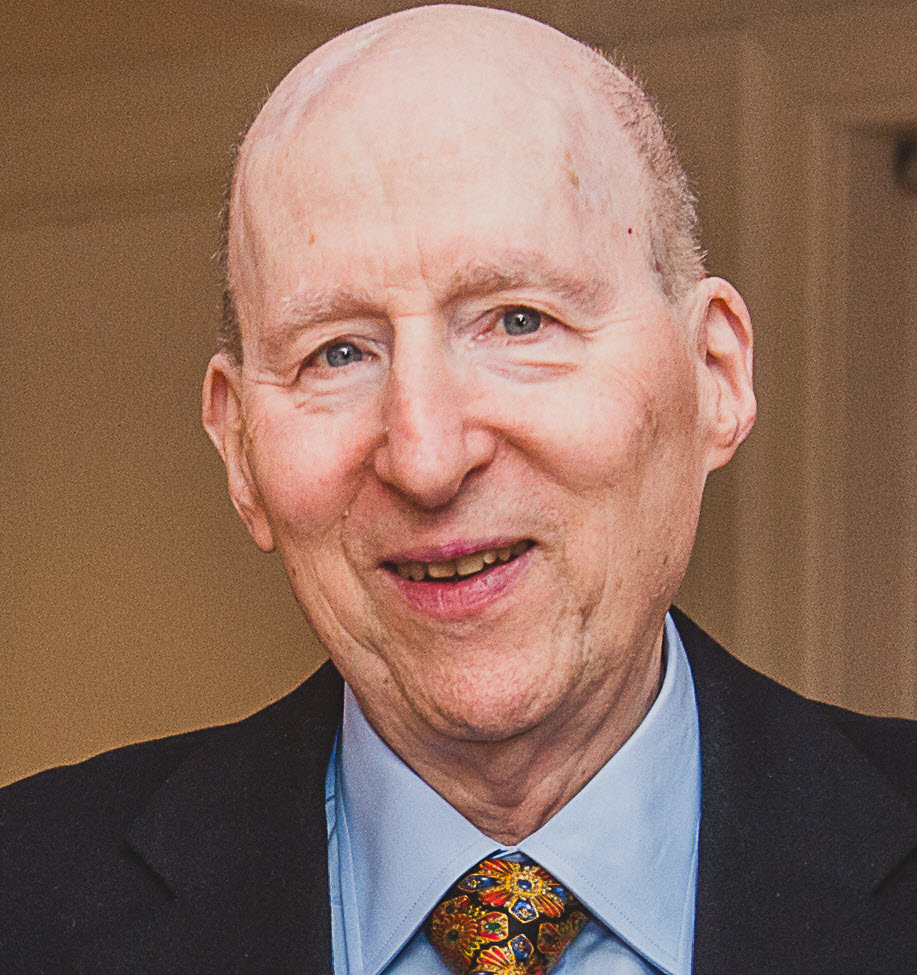 I often hear physicians say, ‘Of course, a lot of my patients had only one stone, so I just tell them to drink a lot of water.’

I don’t criticise them for saying it or doing it. They follow standard practice. The defects lie in those of us who study the data and fail to make ourselves useful by making ourselves clear.

Let me be clear, then. Ideally, prevention should start before the first stone.

Water as a treatment is spectacular. It undoes the very process of renal water conservation that creates supersaturation. And let’s be clear. Supersaturation is the beginning and end of kidney stone formation.

Water works its miracles through so many mechanisms I hesitate to name them, let alone describe them, for fear this article will become yet another of my impenetrable academic scholia. That must not happen.

Even so, a few details won’t hurt. Water suppresses the all important brain derived hormone that signals kidneys to conserve water – vasopressin. Without that hormone in abundance kidney tubules express fewer aquaporins – water pores – in their membranes, and with fewer water pores to travel through back into blood a higher fraction of filtered water will end up in the urine. That extra water dilutes all stone forming salts and lowers the supersaturations that foster kidney stone crystals.

So what is wrong with what physicians say? Why am I writing this article as if I disagreed with them and want to change things?

Why criticize what must work so well and so appeals to intuition and intellect alike?

Water is Not the Best We Can Do

in the one water trial, twelve percent of patients in a supervised program of very high fluids formed one or more stones in five years. Twelve percent in five years means still a lot of stones over time. These were all first time stone formers. Such high urine volumes as they maintained – 2.6 liters/day on average – may not be practical sans supervision by nurses. So water is great but perhaps patients could do better.

Who says how much is too little?

A mass of experts say so, who have studied calcium and bone health and come up with about 1,000 to 1,200 mg daily for all Americans. Their combined analysis of available data on bone mineral balance led to those current US recommendations.

And I say so, because when I put together the excellent studies my colleagues in stone research have performed over the years, I got a nice graph that shows higher diet calcium lowers urine oxalate over a wide range of oxalate intakes. Furthermore, the sweet spot, when urine oxalate seems to plateau out at a low point lies around 1,000 to 1,200 mg of calcium a day.

So, why not say, “Drink a lot of water and eat a lot of calcium with your meals that have oxalate in them?”

When I was a highschool student, scientists now long retired or deceased noticed and published a tight correlation between urine calcium and urine sodium. Decades later we know part of why that correlation exists. But as a culture we have failed to value salt moderation, whether for calcium balance in bones, kidney stones, or the far more ominous concerns about blood pressure. We eat about 200 mEq of sodium a day on average in this country despite that the same experts who fashioned the calcium guideline call 100 mEq the tolerable upper limit of diet sodium.

Less salt means less urine calcium for any given calcium intake. I gathered together 25 studies of this matter – none my own – and made a nifty graph of them. The data are nothing short of spectacular. If you get to 100 mEq/day, urine calcium is a lot lower than at 200 mEq/day. If you get lower, to what experts call the optimal sodium intake of 65 mEq/day people with idiopathic hypercalciuria – a large fraction of calcium stone formers – and people without that trait begin to overlap in their urine calcium excretions. That means something: Idiopathic hypercalciuria is a state of increased sensitivity to sodium at the level of kidney calcium handling.

Protein is good, it tastes good, and – here is a personal secret – I just love steaks and hamburgers. But in the US we eat a lot of protein, far more than we need for what experts call neutral protein balance. For that we need about 0.8 to 1 gm/kilogram body weight/day. Such an esoteric and learned prescription translates into about 6 to 8 ounces or less of meats etc. Almost any diet book or article, and certainly the outstanding US guideline website shows you how to judge the portions.

So, why not say, “Drink a lot of water, eat a lot of calcium with your meals that have oxalate in them, cut down on sodium to 2,300 mg a day or less, and keep the protein down to less than 1/2 pound or so a day?”

One trial compared a high calcium, reduced sodium diet to a low calcium diet over five years, counting new calcium oxalate stones as its outcome among men with idiopathic hypercalciuria and prior calcium oxalate stones. Diet protein was ample and oxalate itself was set to be below 200 mg – a generous upper limit. As expected, the high calcium, low sodium diet resulted in about the same urine calcium as the low calcium diet, but oxalate was lower. That lower urine oxalate lowered calcium oxalate supersaturation. New stone events were significantly lower in the high calcium, low sodium group. So the theory worked when applied in a formal trial.

In passing, what do we think happened to the extra calcium? Both groups ended up with about the same amount in the urine but one group ate three times as much. Perhaps they failed to absorb it, but I believe much of the calcium ended up in bone. I say this because in the one trial of the matter, only a high calcium, low sodium diet brought bone mineral balance positive – bone mineral increased.

These contain much of our diet potassium that is said, by experts, to moderate blood pressure. That same potassium does not come as potassium chloride but as potassium with anions like citrate, malate, and the like. The liver metabolizes most of these food anions in their acid forms, so their metabolism takes up protons from the blood. This process creates new bicarbonate.

This is exactly how potassium citrate works. You take in citrate, it is metabolized as citric acid. The proton that citrate takes up to become citric acid comes out of the blood. As it does so, new bicarbonate is made from thin air – from the carbon dioxide we ourselves produce and lose through our lungs. That bicarbonate signals our kidneys to release citrate into the urine.

So fruits and veggies are potassium citrate equivalents, cheaper and some say tastier than those large expensive pills.

Here is an area of whimsy and humor. I often read otherwise brilliant colleagues popularizing lemons, or lemonade. Yes, lemons contain potassium anions. But so do most fruits and veggies, and they are a lot more diverse and nutritious than a morning lemon. Worse, the cringe-making acid lemon can make people reach for some sugar to put in it. Not a good thing. On top of all this, among good citrate sources, lemons rank only fair – Crystal Light, a commercial beverage is higher. And I would not recommend it to people who are willing to really eat their fruits and veggies. I retest while they do so and see if I need anything more.

Eat Your Fruits and Veggies

The US guidelines call for five servings of fruits and veggies daily. As a culture we eat far less. If we ate that we would get 4,500 mg – over 100 mEq – of potassium anion daily. Lots of ‘hypocitraturia’ might vanish into thin air as out of thin air metabolism of their beneficial anions makes bicarbonate.

Drink 100 gms of glucose and your urine calcium will abruptly rise and your urine volume falls. Almost all sugars do this. To me, this is a big stone risk. In fact, Gary Curhan has linked sugar sweetened beverages to prospective risk of stones. As a nation we eat massively too much refined sugar. Mostly it causes obesity and many experts think insulin resistance and diabetes. The US guidelines call for less than 15% of all calories from refined sugar, a large decrease from what we eat. I know we have no kidney stone trials about sugar, but given its many disadvantages for health and plausible risk why not limit it?

So, why not say, ‘Drink a lot of water, eat a lot of calcium – 1,000 to 1,200 mg with your meals that have oxalate in them, cut down on sodium to 2,300 mg a day or less, keep the protein down to less than 1/2 pound or so a day, eat five servings of fruits and veggies, and cut down drastically on refined sugars, too?”

Who Do We Say This To?

I say we say it to every idiopathic kidney stone former. Those with systemic diseases have special problems, so diet advice becomes complex. Likewise for uric acid and cystine stone formers, and those with infection stones. But for the millions of idiopathic calcium stone formers why not say exactly this, every time? To say it is to recommend the diet that the US recommends to all its citizens for reasons altogether larger and more compelling than kidney stones: Obesity, diabetes, hypertension, osteoporosis.

First stone formers are no exception. Why wait? What are we waiting for? Fluids are fine, but so is diet. And diet acts in ways fluids do not.

Can We Be More Bold?

Kidney stones are strongly familial. Partly this is because of idiopathic hypercalciuria. Partly it is independent of hypercalciuria. Rather than review the statistics let us say risk of forming stones is higher if you have a blood relative who forms stones. So, if that is your situation, and higher fluids and a proper diet can prevent new stones, why not begin such a regimen in advance.

To suggest this is not like treating 10 people to prevent, let us say, 3 people from becoming stone formers. The diet is considered a primary health benefit to everyone. You are not ‘treating’ anyone, actually, if you believe the work that the US government pays for every five years to create guidelines for the American diet. You are simply endorsing what a large and rather brilliant panel of experts, many of them members of the National Academies, have gleaned from the masses of studies that have accumulated.

Will We Prevent the First Stone?

I do not think we will ever know. How can we? But as far as I can tell, we can do no harm to recommend that all of our idiopathic kidney stone patients eat what is recommended for all the people of this country. Likewise to recommend they tell their family members to do it, too. Excess salt, sugar, and protein, and inadequate calcium, fruits and veggies – can this ever be the best we can do? As for above 2 liters of fluids, as a start, why not?